Building a serverless Web app on AWS with Amplify, CDK(python) and Nuxt(Part 1) 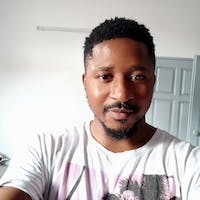 In this blog series, I will be showing you how to build a serverless newspaper web application and host it to the cloud with complete continuous Integration/ continuous deployment pipelines.

We will be using AWS services such as Amplify, CDK(Cloud Development Kit), with VueJs/NuxtJs web frameworks.

I assume you know the basics of Amplify, CDK, and Vue.
Here are a couple of tutorials from me, that'll help you get up and running with the above technologies

The AWS CDK Toolkit and CLI is the primary tool for interacting with your AWS CDK app. It will be used to deploy the CDK code to the target AWS environment. To install, use the command below.

Here are screenshots of the hosted application, so that you know exactly what the final product looks like. 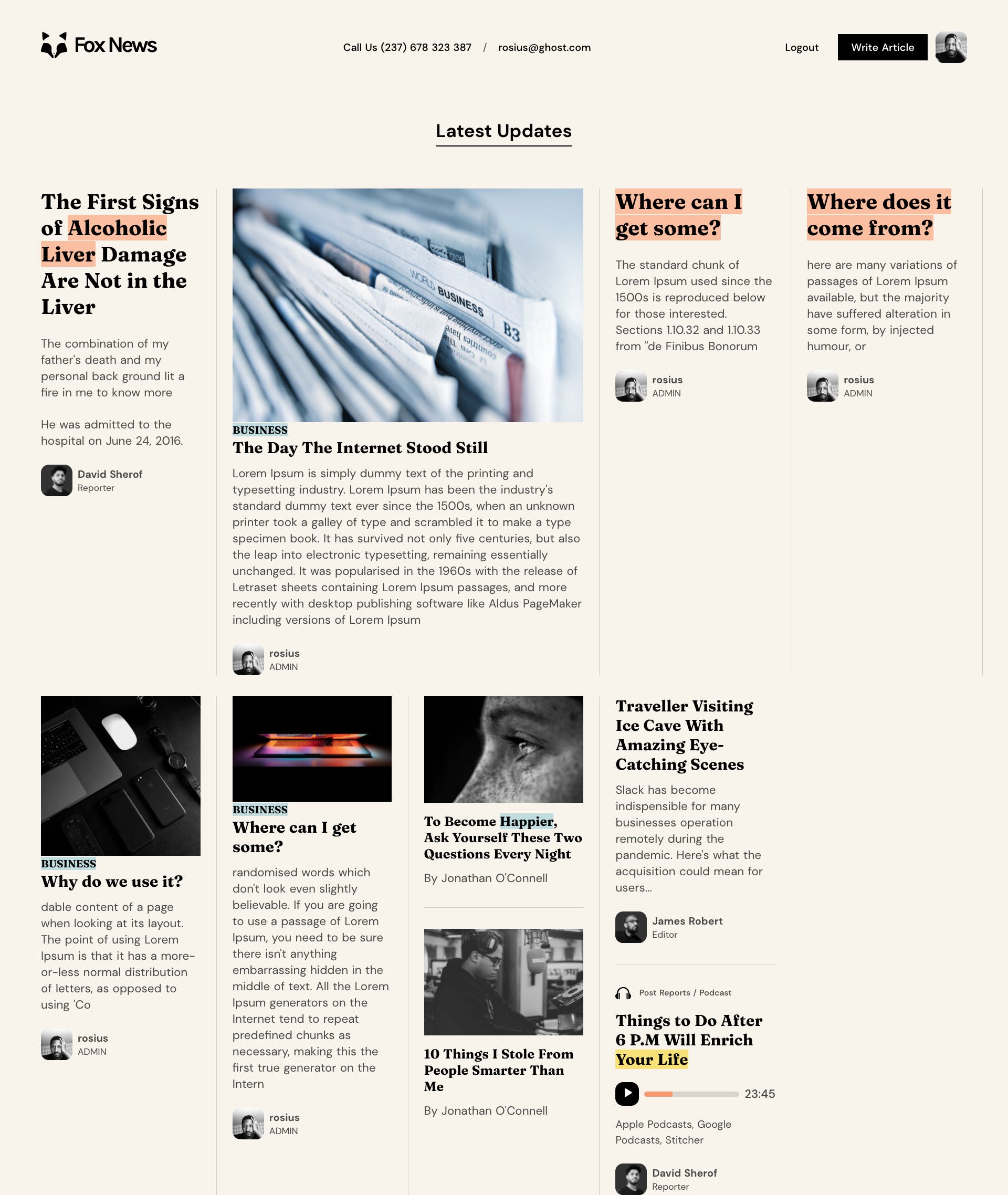 I couldn't share the live application link here because I deleted the stack once I finished and tested the application.

Amazon doesn't play when it comes to paying for used resources, which is completely normal. Even though I've set my billing threshold at $1😂, yeah.. I'm cheap like that, I still deleted the app.
But here's a screenshot of the successful CI/CD deploy.

This application can be built and hosted on AWS Amplify without using the AWS Cloud Development Kit(CDK). However, we will be using AWS CDK to develop the infrastructure and the configurations required to host the application on Amplify.
Deploying infrastructure with AWS CDK enables DevOps teams to: - standardize infrastructure components; - deploy in a repeatable manner and develop with familiar programming languages. Managed Service Providers that offer website hosting services will also benefit from an automated deployment and management of multiple Amplify applications across various customers. 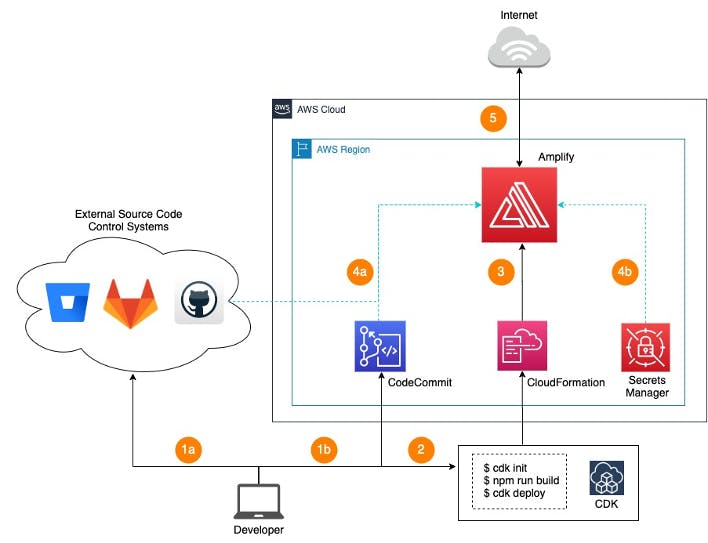 The figure above shows the AWS services and the steps involved in deploying the application using Amplify and CDK.

I named my project newspaperApp. When the script is done running and you've set all the defaults, from the apps root directory, run it with

Building the infrastructure with AWS CDK

Create a folder called amplify-infra inside the newspaperApp folder.
Initialize cdk within that folder(amplify-infra)
We will be building the cdk app with python.


The python code for the cdk app is stored in amplify-infra-stack.py

In order to install the CDK amplify construct, we need to activate the virtual environment.
Run the following commands from the root directory of amplify-infra.
For MacOS

Once activated, install the amplify CDK construct by running the following command

Also, run the following command to install all dependencies in your setup.py file

Freeze your dependencies in requirements.txt

Open up the project in your IDE and navigate to the amplify_infra_stack.py file.
Type in the following code

What this piece of code does is, it'll always grab the newest commit of your application from GitHub, create a cloud formation template from it and send it to amplify console for CI/CD deployment. I'm assuming you've created a repository on Github, please replace the with a string of yours, Github repo with yours and with yours. They should all be strings.

If you don't know how to create a secret key, don't worry, I got you. It's well detailed in the article below.

Build and deploy the application to the amplify console by running

I'm assuming you still have your virtual environment activated.

Creation of the Amplify Application

Create a file called amplify.yml in newspaperApp directory and type in the following configuration. Amplify would need the commands in this file, in order to successfully build and deploy our application.

These two commands below would build and generate the folder dist which contains our deployable application.

From the amplify-infra directory, with an activated virtual environment, run the following commands

New commits to the repository will automatically trigger the Amplify continuous deployment pipeline to deploy the changes to the application. To test this with the application, add texts in the landing page of the Nuxt App by modifying the “index.vue” file under the “pages” folder.
Commit your code after that and watch it build and deploy automatically in the amplify console.

Click on the provided link to view your live app.
If you faced any issues, copy the log and do a google search.

In this blog post, we have covered the steps to get started in deploying an Amplify Application using AWS CDK which we would extend to build a full-stack application using Amplify CLI and Amplify Libraries.
I really do hope I was clear and concise enough, please let me know what you think about this.
See you in Part 2.
Stay safe ✌🏿